Because of the advancement of technology, many people have ignored the beauty of printed texts, hard bounds, and hundreds of pages. Young readers aren’t interested in carrying books around, small kids don’t listen to scripture lessons, and adults spend the rest of their time on the internet.

That’s why sharing the scripture stories also raised up to the next level. Thankfully, there are many ways on how to learn the Book of Mormon stories and understand the deeper meaning of the gospel. More importantly, everyone will surely enjoy regardless of their age. But before anything else, let’s talk first about the Book of Mormon. 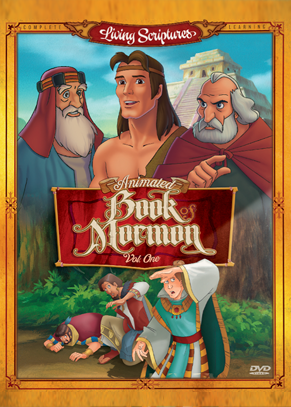 What is the Book of Mormon?

For The Church of Jesus Christ of Latter-day Saints, the Book of Mormon is a holy scripture in addition to the Bible and has been described as the “keystone” of the organization. First published in 1830 in English, it has been translated into 82 languages and has printed about 150 million copies worldwide.

The book contains sacred writings from the followers of Jesus. In the Holy Bible, you’ve probably heard that God spoke to Moses and Noah. The Book of Mormon proves that God has also spoken in the Americas, and the prophets wrote down God’s word. Eventually, these writings were gathered by prophet Mormon into one book — which is known today as “The Book of Mormon.” The Latter-day Saints consider the book to be a record of the great ancient-American civilizations.

Why is The Book of Mormon Important?

If you look at the front cover of the book, you’ll see the description “Another Testament of Jesus Christ” — and yes, it is! Some people might still say that they believe in Jesus Christ because they, just like us, have a strong belief in the Bible and that they don’t need additional proofs anymore. In fact, Jesus Christ testified that this will definitely happen (see 2 Nephi 29:3).

However, the Book of Mormon isn’t just another witness for Christ. It expounds and gives us a better understanding of the gospel of Jesus Christ and validates many Biblical stories and personalities. The book acts as a confirming witness of the doctrines taught in the Holy Bible. Another significant purpose of the Book of Mormon is to inspire us to make the right decisions that will definitely improve our lives and bring us closer to God.

Just like the Bible, the Book of Mormon is an ancient record that answers the essential questions that every reader is asking — Is there a life after death? What is the purpose of life? How can we find happiness and peace that we all wish to have? How can I become a better person? And because millions of people around the world are looking for answers to these questions, the Book of Mormon became accessible for everyone.

Book of Mormon in Print

Since everyone is encouraged to read the Book of Mormon, you don’t need to spend a few bucks just to have a printed copy of it. It is usually free and will be delivered by our friendly missionaries who will also share an uplifting message to you.

To get a free copy of the Book of Mormon, you are welcome to visit the nearest church. Everyone will be happy to assist you! At the end of the day, I’m pretty sure that you’ll go home with your own copy and a big smile on your face.

Another convenient way to have a printed copy is to send a request at the church’s official websites, such as comeuntochrist.org, and wait for the missionaries to deliver the Book of Mormon right at your doorstep.

Book of Mormon in App

There is a downloadable Book of Mormon mobile application which is available in the Apple App Store and Google Play Store. This will give you a chance to read the Book of Mormon anytime and anywhere! One great thing about the app is that it includes translations for most major languages and lets you research easily the passage that you’re looking for.

And of course, not everyone can “read” the Book of Mormon, like our 5-year-old kids. As we’ve mentioned a while ago, everyone is encouraged to know the Book of Mormon stories. That’s why we also have videos about the Book of Mormon which is easy for all ages to understand. I believe that this is the best way to learn the Latter-day scriptures in a more fun and enjoyable way!

The Living Scriptures website provides the best collection of wholesome LDS scripture stories as well as various faith-based movies and videos. You can go to their website or download the Living Scriptures app which is available on the Apple App Store or Google Play Store.

The Living Scriptures has complete illustrated stories of the Book of Mormon for all ages. Here is a quick summary of the episodes: 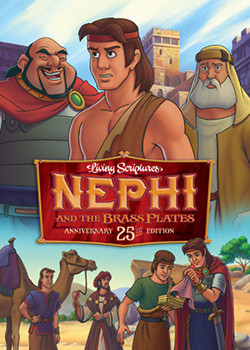 Episode 1: Nephi and the Brass Plates

The first episode shows the story of how the prophet Lehi preaches repentance to the people of Jerusalem and how the Lord told him to return to Jerusalem and gather the brass plates that contain the books of Moses. 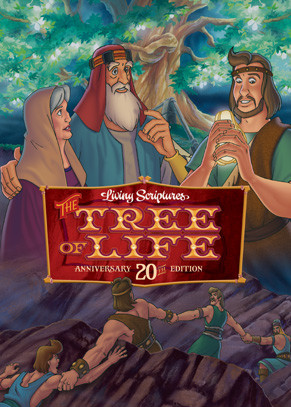 Episode 2: The Tree of Life

This episode shows the symbols of Lehi’s dreams that consist of the teachings that are important up until now. 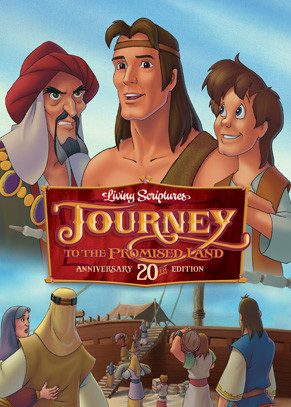 Episode 3:  Journey to the Promised Land

The third episode shows us the story of Lehi and his family’s successful journey from the shores of a great sea up until they reach the Promised Land. 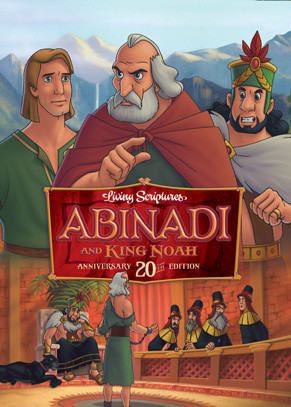 This episode shows the story of how Abinadi stands before King Noah and his evil priests and how Alma brings many people to the waters of baptism. 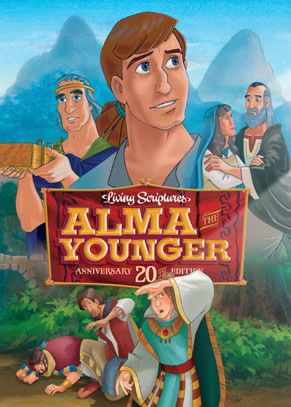 Episode 5: The Conversion of Alma the Younger

The fifth episode shows the story of how an angel visits Alma the Younger and the Sons of Mosiah and later on became the greatest missionaries in the Book of Mormon. 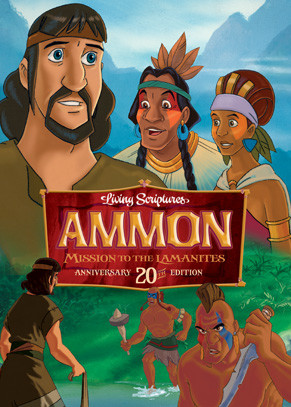 Episode 6: Ammon: Mission to the Lamanites

This episode shows the story of how Ammon, one of the sons of Mosiah, abandons kingship in exchange for being a missionary to the Lamanites. 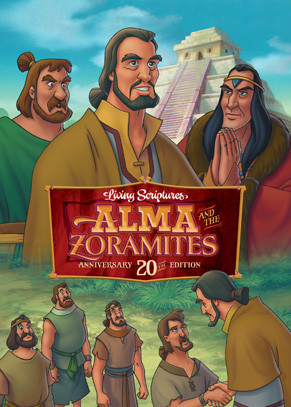 This episode shows the journey of Alma and Amulek trying to persuade the Zoramites to repent and how Alma teaches the lessons on faith and humility. 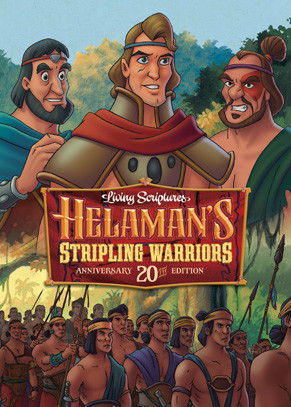 This episode is about the story of Ammon, Ammoron, Helaman, and how the Stripling Warriors fight bravely because of their trust in their mother’s promise of not being harmed again. 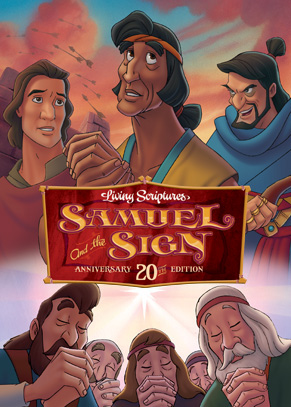 This episode shows the story of Samuel the Lamanite and how the wicked Nephites drive Samuel from their city. 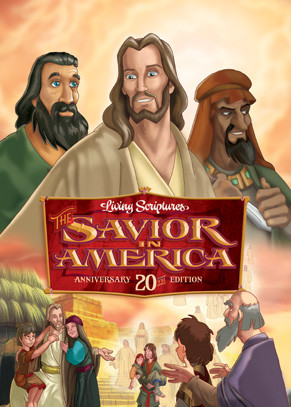 Episode 10: The Savior in America

This episode shows the story of Jesus Christ in America and how the Nephites changed because of His perfect love and teachings.

Episode 11: The Brother of Jared

This episode is about the journey of Mahroni, the brother of Jared, and how he later receives a great revelation.

The Book of Mormon animated videos in the Living Scriptures provide us the LDS scripture stories in a clear and understandable way.

Since we now live in a generation where some people aren’t interested in books anymore, we have come up with interesting ways on how to encourage people — not only to read — but also to learn the wonderful stories of the Book of Mormon. The illustrated videos will help you and your family learn the scripture stories in an interesting way. The Book of Mormon mobile application allows you to carry your scriptures everywhere and read them anytime. And the printed (and online) copies give you the chance to read and interpret the message by yourself.

If we read, study, and understand the Book of Mormon with an open heart and mind, God will reveal to each of us the divinity through the inspiration from the Holy Spirit (See Moroni 10:4).

The Book of Mormon doesn’t choose its readers. People have changed their lives and found the meaning of the Book of Mormon even if they were sinners or faithful, hopeless or hopeful, happy or unhappy. As long as you have the desire to know and understand what’s inside the book, you will feel the presence of the Holy Spirit.