With the Fourth of July just around the corner, it’s important to take time to remember those who helped to establish our nation, and to be grateful for the freedoms we enjoy. Our CEO, Matthew Brown, shares his thoughts:

As a student of freedom, much of my reading revolves around the Founding Fathers and the wonderful idea of America. I love what Bono said: “America is an idea. Ireland is a great country, but it’s not an idea…That’s how we see you (the US) around the world, as one of the greatest ideas in human history.”

We probably forget that this idea did not exist for thousands of years prior, and that self-government was considered by most as unenduring. By contrast, I’ve also read a great deal about the extreme oppression and untold suffering that states like China and North Korea have created.

A More Perfect Union lets you see how our stable self-government wasn’t a forgone conclusion nor accident—and quite frankly was a miracle from God. While Washington, Adams, Jefferson, Hamilton, and Franklin all played crucial roles, I especially love watching the struggle of the central character, James Madison, as you see him create the template, struggle to get it adopted, and ultimately had to compromise some, for what became one of the most awesome systems ever created, the United States Constitution.

A special thanks goes to our friend Ken Crommer, as he put forth great effort in remastering this film from non-ideal sources, and licensing it to us for all to enjoy. Therefore, I truly hope sometime during this great patriotic season, you’ll take just a moment to watch the messy, but miraculous process of how our nation finally came together.

A More Perfect Union was produced by Brigham Young University. It’s a popular resource for history classes and homeschool, because of its ability to entertain and educate. Share this film with your family this Independence day! 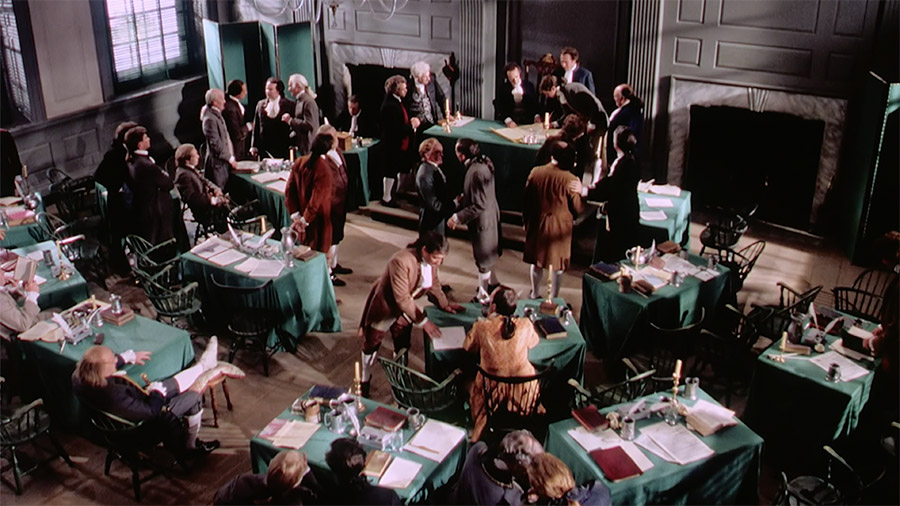