On Friday, June 1, members of the LDS church gathered to rejoice in each other’s valuable differences and in the unity of the Gospel. This event, known as the Be One celebration, commemorated the 40th anniversary of the revelation that extended the blessings of the priesthood and the temple to those of all races all around the world.

Many members of the Church know little about issues of race in the history of the Church and may feel intimidated to learn about such a sensitive and controversial topic. But understanding the past can help Church members appreciate the present, stand up against racism, and better love their fellow Saints of black heritage.

Part of the Be One celebration focused on several black members who joined the Church in its infancy. One, a woman named Jane Manning James, helped lead her family into the Church and became very close to Joseph Smith and his family. Another was a man named Elijah Abel, who was ordained to the priesthood and served as a full-time missionary. Both traveled west with the Saints and served as stalwart examples of faith throughout their lives.

Beginning in or around 1852, black African males in the Church were restricted from receiving the priesthood and black men and women were kept from receiving the endowment and sealing ordinances in the temples. Black members were still allowed to be baptized and receive the gift of the Holy Ghost, and no church-wide segregation policy was ever put into practice, but the restrictions were still a significant trial for many blacks inside and outside of the Church.

We don’t know all of the reasons why the restrictions were put in place, though many false theories have surfaced over the years. For instance, many Christians in early America believed that blacks were descendants of the biblical Cain, who was cursed by God after murdering his brother, Abel. Both black skin and servitude to whites were, according to many Christians, part of the “curse of Cain” that justified the awful treatment blacks received. This belief, while prominent in the Church for many years, has since been disavowed by Church leaders.

The restrictions against blacks in the Church bothered many members and leaders in the Church for decades, and many looked forward to the day when, as Brigham Young had promised, black members of the Church would “have [all] the privilege and more” that members of other races enjoyed.

This day finally arrived in June of 1978. The First Presidency and Quorum of the Twelve Apostles, during a meeting in the upper room of the Salt Lake temple, received the strong and sacred assurance that it was time for priesthood and temple blessings to be extended to all. People throughout the world rejoiced at the news.

That rejoicing continued in at the Be One celebration. Music and dancing from performers such as Gladys Knight and the Unity Gospel Choir reflected the happiness found in the decree that “all are alike unto God”. 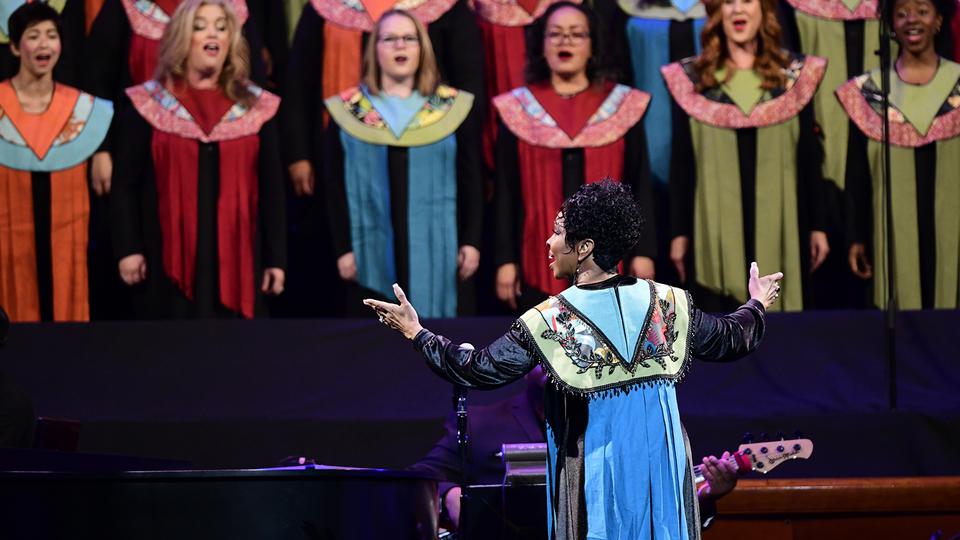 “Differences in culture, language, gender, race, and nationality fade into insignificance as the faithful enter the covenant path and come unto our beloved Redeemer,” President Nelson taught in his remarks at the event. He also encouraged the Saints to “overcome any burdens of prejudice and walk uprightly with God—and with one another—in perfect peace and equity.”

If you haven’t yet watched this joyful and moving event, you can view it here.

1 thought on ““Be One”: A Joyful Commandment”